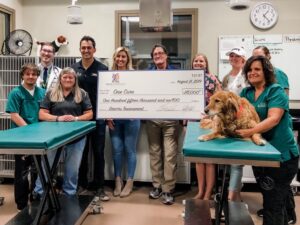 Each year, the foundation hosts the GCRF Drivers Tournament powered by United Rentals the week leading into the Indianapolis 500, drawing participants from across the country to raise awareness and money for the foundation’s two charitable partners: Turns For Troops and Colorado State University’s One Cure program. In 2020, the golf tournament raised over $330,000 – a record-high for the event!

Supporting numerous non-profits over the last decade, the Graham & Courtney Rahal Foundation has donated over $1.3 million to causes close to the Rahal family’s hearts.

The VinVu Foundation. All Rights Reserved

The VinVu Foundation is a registered 501(c)(3) Organization