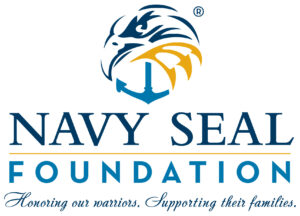 The Navy SEAL Foundation provides immediate and ongoing support and assistance to the Naval Special Warfare community and its families.

Since the attacks of Sept. 11, 2001, there has been an unprecedented demand for our Special Operations Forces. Never before has so much been asked of so few, from so many, for so long. Established in 2000 to serve U.S. Navy SEALs, Special Warfare Combatant-craft Crewmen, Naval Special Warfare support personnel and their families, the Navy SEAL Foundation’s programs are focused on the preservation of the Naval Special Warfare force and their families. We provide a comprehensive set of programs specifically designed to improve health and welfare, build and enhance resiliency, empower and educate families and provide critical support during times of illness, injury, loss and transition.

Like the community we serve, the Navy SEAL Foundation is a solid and high performing organization committed to excellence. The Navy SEAL Foundation has been awarded its 9th consecutive 4-star rating from Charity Navigator.  To put this accomplishment in perspective, only 3% of the charities they rate have received this level of excellence consistently. In addition to the 4-star rating, the Foundation has also earned Charity Navigator’s coveted ‘Perfect 100’ score, placing the Foundation among 65 other exceptional nonprofits out of over 9,000 charities rated.

The VinVu Foundation. All Rights Reserved

The VinVu Foundation is a registered 501(c)(3) Organization